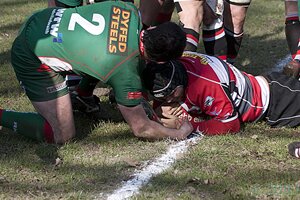 Pooler close their season on Saturday with a home
game against Llanelli. A single point would see them
finish as the 2nd best Gwent club in the Welsh
Premiership. Ironic really as the WRU are doing their
best to remove Pooler from the league for next
season. Come on Pooler lets show them what they
will be missing.

The﻿ Pooler team to play Llanelli is :